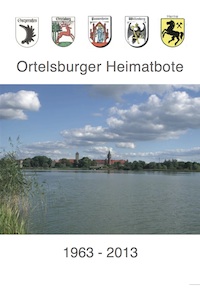 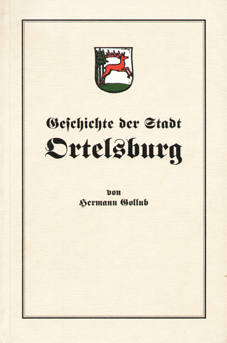 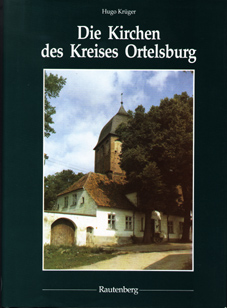 Research your ancestors and their native country

If somebody wants to start with genealogical research, he has first to find out as much as possible from his living relatives. In many families there was someone who had done genealogical research before, or who still has some old records unused for many years hiding in a repository. With all these - hopefully easy to get - information you can make a start to get deeper into your family history. A very helpful article (in German) was published by Olaf Göbeler in the Ortelsburger Heimatboten 2001, pages 139-147, which I use as a base for the following text.

But now, how shall we start the researches? For this you'll have to find the answers for the following questions:

1. Were your ancestors protestant, catholic or from another religious group?
2. In which town or village does he lived?
3. Was the village renamed sometime in the past? An answer to this question you'll find for the county of Ortelsburg here!
4. Which church is the appropriate for my village? A possible answer for the year 1912 is on the following page!
5. What was the appropriate administrative district for my village?

The Kreisgemeinschaft Ortelsburg had two mayor tasks in the past. This was the listing of all known inhabitants of the county Ortelsburg before the getaway and the displacement in 1945. This should help to get in contact with family members and with former neighbours. This also helped to give answers to official services and was done by a card index.

To fulfil this task the survivors started to collect oral stories and telling after the displacement and getaway in the 1950th. Not everything is correct remembered and there are still many missing data and names, but the card index contains lots of data for which the original documents were destroyed or lost.

From this card index the inhabitant lists were reconstructed for all towns and villages in the county of Ortelsburg, and meanwhile were transferred to Excel sheets. These will be actualised and corrected each time new information is available by the Kreisgemeinschaft. For this task we need also your help!

During the centuries there were several new churches. After 1874 the birth, marriage and death has to be made known to the civil registry offices. Therefore it is not easy to find the corresponding place in a special year for your home village. There are several German books which could be of help, as Johann Friedrich Goldbeck "Vollständige Topographie des Königreich Preußen" from 1785 or Samuel Gottlieb Wald, "Topographische Übersicht des Verwaltungsbezirks der königlich preußischen Regierung zu Königsberg in Preußen" from 1820. Both books are available from "Verein für Familienforschung in Ost- und Westpreußen" as Sonderschrift No. 7 and No. 43.
For outside Germany you should have a look at Kartenmeister or you may write an email to the author Marc Plessa.

If you have personal records from the time before 1945, you have most probably information which is unique. The still existing records from the civil registry offices are listed on the following page: civil registry records of the county Ortelsburg and where to find them. The article is also found in the Ortelsburger Heimatboten 2002, pages 166-168.

The church books, which are still available - many microfilms are available at the Genealogical Centers of the Latter Day Saints - are listed here: church books of the county Ortelsburg .

The most information of these church books of Ortelsburg are meanwhile collected in databases by the GeAGNO (Genealogical study group for Neidenburg and Ortelsburg) and are available as Historical inhabitant lists (HEV). Some of these available as PDF-Files. Fortunately these are not the only records for researching your ancestors.

We now have a look to different important archives!

Until 1944 the state archive in Königsberg was the most important archive for East Prussia. The most valuable records came at the end of WWII to Goslar and Merseburg. The younger records were partly destroyed and some remaining parts came to the polish government. After the reunification of Germany all the records for East Prussia in Germany came to the GStAPK in Berlin and is now collected in the main department XX. (XX. HA). These records were listed by Olaf Göbeler in the Ortelsburger Heimatboten 2001, pages 139-147 and start with the first settlers in the villages and end for some villages in the year 1945. But most genealogic important records are only found for the years 1540 to 1840.

Between the years 1850 until 1945 you should keep to the former East Prussia, exactly to Allenstein.

The state archive of Allenstein has lots of records concerning land charge register and the journals to these for the former region of Ortelsburg. in these you sometimes find all owners and the date and reason of change back to years before 1800. Unfortunately you will not find exact dates of the birth or death of somebody, but often the heirs are named and therefore you'll find names to complete the family history.

Additionally in this state archive of Allenstein there are many records of two priest's offices, namely Kobulten and Passenheim. Some more records of the church of Passenheim are still in the vicarage in Passenheim (Pasym). Some church books of Friedrichshof are also in this archive, and last but not least many civil registry records from the region of Ortelsburg.

Some more records which could be of interest can be found under the signature "Government of Allenstein", as for the most villages of the region Ortelsburg records from schools which contain information of the 19th and 20th century The quality of this handwritten school records differ very much. Some contain lists of pupils with additional information, normally you'll find the names and the income of the teachers, and in some records the plans for the new to built school.

The "Kreisblatt" was an official gazette. Therefore you'll find new laws, appointments and different official notices. But there are also personal information, because the military registration was declared with names of the people who have to serve in the national service. Many list contain the names of people who were allowed to hunt, or the names of children which have to be vaccinated were published. These list contained very often the names of the children and the name and profession of their father. At the date of the first inoculation the child was normally about nine month old.

Heinz Rayzik has worked on these Kreisblätter 1843-1922 and had transferred personal data to a database which was published by the GeAGNO. As there were only a few prints - available only in Germany, you may contact Martin Jend directly (his address is mentioned at the end of this article). Some copies of these Ortelsburger Kreisblätter are now in the Ortelsburger Heimatstube. These are very important for the history of all the villages.

If you have any question concerning how to do researches for the region of Ortelsburg you my get in contact with the HMV/GeAGNO, where you find people with many years of expertise.

Martin Jend has the main database for the region of Ortelsburg and is responsible to provide information. He is a member of the GeAGNO (Genealogical study group for Neidenburg and Ortelsburg).

The GeAGNO is collecting data from German and foreign archives, but also from other researchers in the region of Neidenburg and Ortelsburg. Nearly all data from the remaining copies of the church books could be saved in this database with the help of many people doing this task on a free base. Some additional information from different archive in Lithuania and Poland could be procured as copies and the data was also put to the database. The main task is to create a database which contains (nearly) all personal data of the former east Prussian inhabitants of this regions. Meanwhile there are more then 1 Million datasets for the region of Ortelsburg, so this could help to get over a "dead link".

Michael Bulitta (Bonn) has made the first homepage GeAGNO (Genealogical study group for Neidenburg and Ortelsburg). This page contains lots of information and biographic hints for researcher around Ortelsburg. It still exists, but will not be actualised continuously.

Marc Plessa works on the homepage of the Historical Masurian Association, which contain many information for researchers in the south of East Prussia. He is one of the publishers of the "MASURISCHEN BIENE" which gives information of new projects, hints for researchers and internet links. Unfortunately this page is as the most only available in German, but Marc Plessa could read and write English very well, so just ask him.